The first adult monarchs arrive in southern Canada. As they head farther north, the females look for young milkweed plants to lay their eggs.

It takes 3 to 8 days for an egg to develop. Then the caterpillar (larva) hatches, and grows for about 15 days. After that comes the pupal (chrysalis) stage. Because it takes nearly two weeks between the time when the egg is laid and the pupa forms, don’t expect to see any pupae before mid-June.

Monarchs born in Canada have completed their life cycle and now a second generation of butterflies appears. In July, you might see eggs, caterpillars, pupae and adults all at the same time! Two generations may appear over the summer.

As the daily hours of sunlight decline, the monarchs receive a new signal – it’s time for them to migrate. The reproductive organs of the butterflies that emerge (go from pupae to adults) in late summer don’t fully develop. That allows them to save energy for their long flight to their wintering grounds, where they start arriving in late October and stay until March. 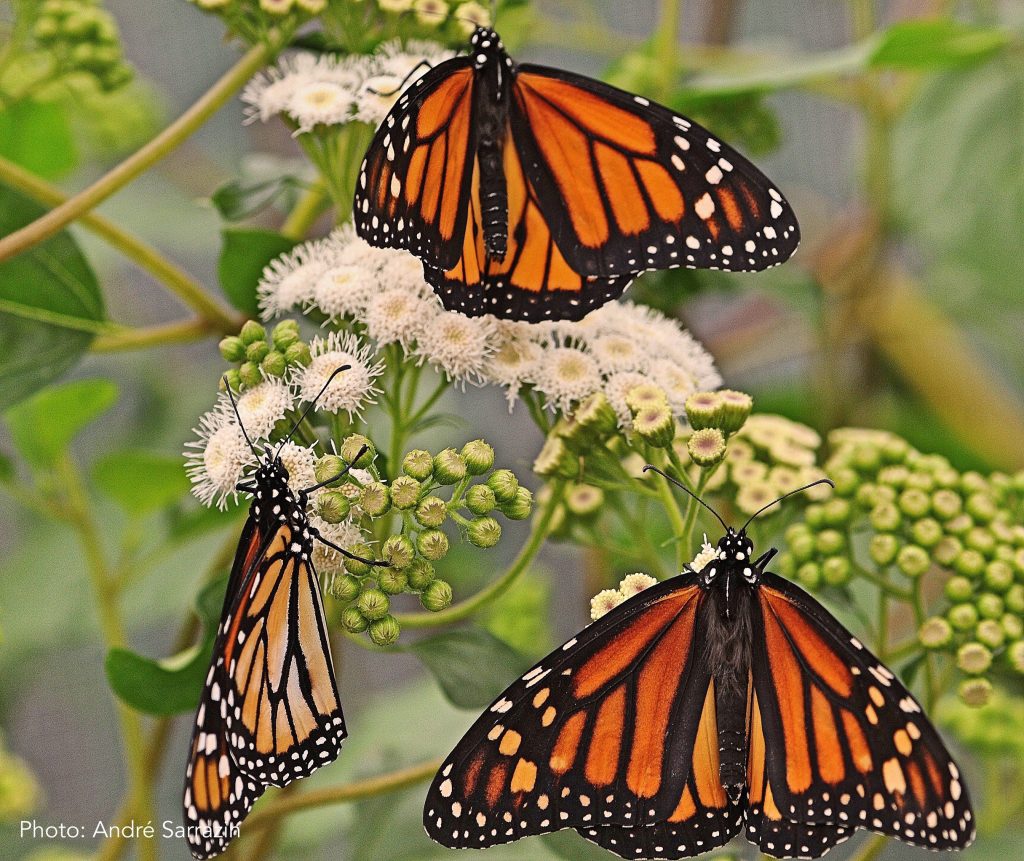